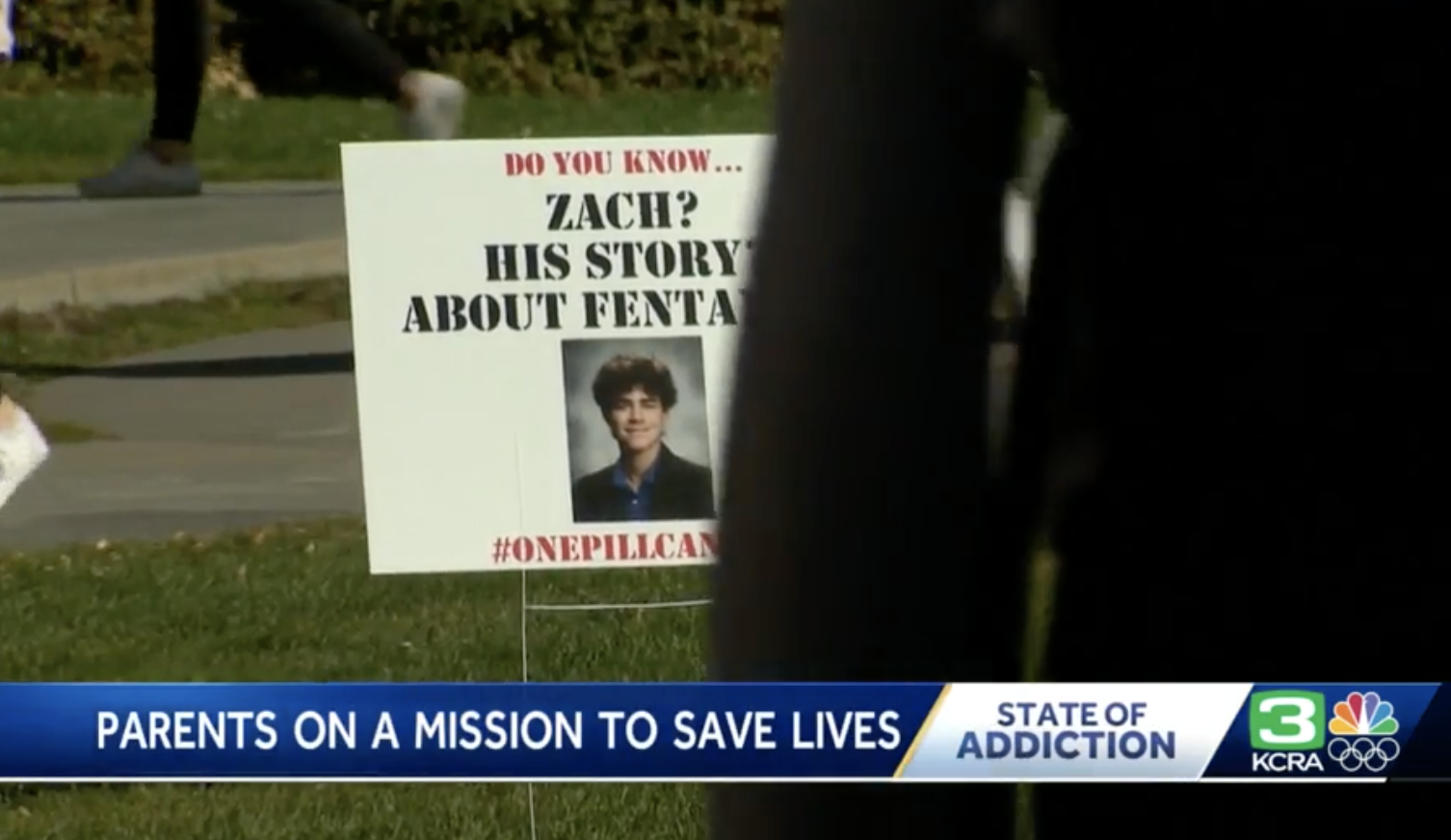 Posted at 20:58h in News by jmenendez@prosiopr.com

FOLSOM, Calif. — Sometimes the most powerful lessons in school don’t come from a book. That was the case Monday for students at Vista del Lago High School in Folsom.

Across the campus were signs and T-shirts bearing the face of Zachary Didier, a 17-year-old from Rocklin, who died last December of fentanyl poisoning. It was a story that KCRA 3 Investigates first spotlighted a few weeks later when Zach’s parents decided it was time to come forward and spare other families the grief and pain they have endured.

Since the death of their son, Chris and Laura Didier have been on a mission to educate parents and teenagers about the dangers of buying and using prescription pills bought illicitly on black markets. Zach thought he had purchased a Percocet from someone he met on Snapchat. It turned out the pill was a counterfeit, made with a lethal dose of fentanyl, a painkiller known to be 100 times more powerful than morphine.

The Didier family shared their experience and what they’ve learned since in a presentation to the student government class at Vista del Lago.

“I feel like it’s making a difference. We got to speak to a lot of the students afterwards and they’re very emotional because they can see can see themselves in Zach. And that’s why we feel his story is so powerful,” Laura said.

“It was emotional, to say the least,” Chris said, reflecting on the sight of his son’s face staring back at him on every student’s shirt in the room. “It struck a chord with me as far as showing how important it is to share Zach’s story because it’s making a difference.”

The Didiers are now advocates, raising awareness so the same tragedy that happened to their son does not befall others.