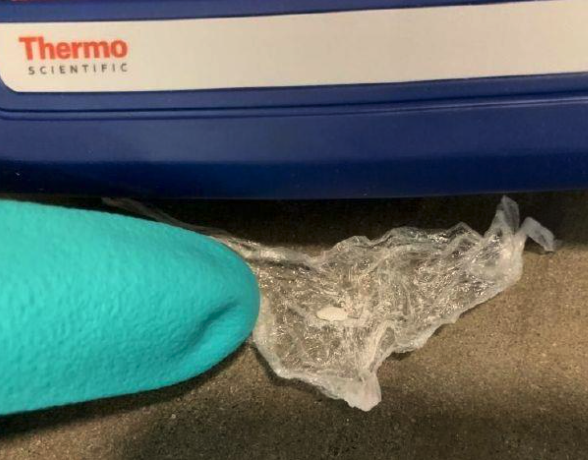 Posted at 21:06h in News by jmenendez@prosiopr.com

The Placer County Sheriff’s Office and Coroner Division announced an increase in the number of fentanyl-related deaths in Placer County over the last year.

Fentanyl is a synthetic opioid that is up to 100 times more potent than heroin and morphine, and only 2 milligrams (or a few specks) is enough to kill someone.

“Placer County narcotics investigators have found many street drugs to be tainted with fentanyl in the last year,” a Placer County Sheriff’s Office news release stated.

The Sheriff’s Office reported seeing a spike in deaths around the county, including those under the age of 18.

Kelly Kobylanski, a forensic pathologist, said many fentanyl-related deaths are from “first-timers that were just seeking to experiment, and that proves deadly.”

McKeig said she thought an overdose death would be graphic, but that it was really loud snoring.

“I was watching him die,” she said. “I saw him at a time when he couldn’t speak for himself and I didn’t speak up for him. So we all need to know what this looks like.”

Placer County Sheriff’s Officers warn that fentanyl is being used as cheap filler to increase the effect of street drugs and addiction. It is being disguised as Xanax, Percocet and OxyContin and is now being added to marijuana and vape pens.

The release highlighted insight from a dealer, whose identity they hid.

“It doesn’t matter if it’s a kid or if it’s an adult or if it’s your best friend. You’re gonna make that money,” said “John,” who has been dealing heroin, meth and prescription opioids on the streets of Placer County since he was 12.

The greed associated with drug dealing has led dealers to cut their drugs with fentanyl.

“If you were to get a pound of something and you were able to cut it, now you got three pounds,” he said. “Now you’re making a bunch more money.”

John went on to say most street drugs are laced with fentanyl and it’s a game of Russian Roulette each time you use.

“You have an option to not do it or you’re gonna die,” he said. “There is no other way around it.”

Officers from the Placer County Sheriff’s Office recommended keeping an open dialogue with your children and get them to feel comfortable opening up.

“Pay attention to behaviors that can indicate recreational drug use – depression, lethargy, moodiness, irritability,” Lt. Nelson Resendes said. “Pay attention to where your child spends time and money. Drugs are not free. Don’t be afraid to have ‘the talk’ with your kids. Be open to listen and help them before tragedy strikes.”